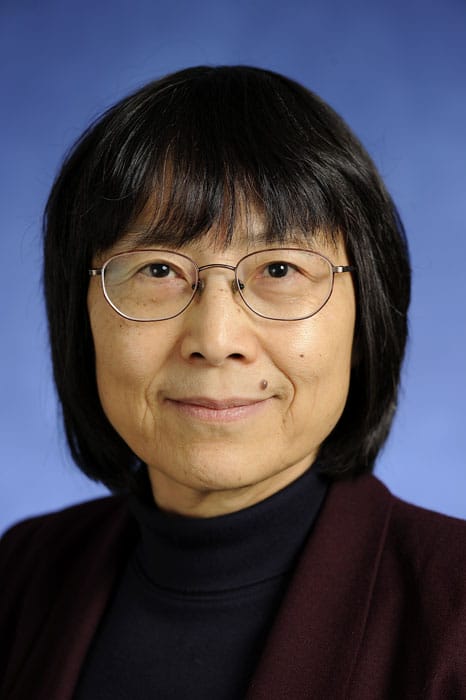 I received my PhD in sociology in 1990 from the University of Chicago, and I am now a professor at Johns Hopkins. I am interested in research on migration, family and public policy, sociology of education, social inequality, and quantitative methodology. My research tests hypotheses developed from sociological theories using advanced methodology and national longitudinal survey data.  I received a Bachelor's in English at South China Normal University and a Master's in Sociology at Sun Yat-sen University, both in China. Before joining the Sociology Department at Hopkins in 1996 I was a postdoc fellow at RAND Corporation's Labor and Population Program and Assistant to Associate Professor at the Department of Sociology, University of Iowa.

My research areas include migration, family and public policy, sociology of education, social inequality, and quantitative methodology. I have examined topics such as poverty, income, consumption, wealth, and health inequality among families and academic, cognitive, social-emotional, and behavioral development of children in the United States and have recently extended this work into China. My conceptual approach is to seek the causal factors from social stratification and policy environments and the causal processes at the macro, meso, and micro levels. Research questions are answered by testing theory-derived hypotheses using advanced methodology and large-scale, nationally representative, repeated cross-sectional or panel survey data that are existing in the US and China and collected by my collaborative teams in China. Below, I describe the specific studies categorized as US studies, China studies, and a new agenda on demographic research.

Studies on US Topics

1. Immigration and Inequality in the United States

Since 1995, I have examined the impact of labor and skilled immigration to the US on topics related to welfare participation, economic mobility, work displacement, income, wealth, and health of the first generation and academic achievement, socio-emotional development, transition to adulthood of the 1.5 and 2nd generations. This line of research has been supported by several NSF grants, support from the Spenser Foundation, and a Russell Sage Foundation Residential Fellowship. My completed work was published in top journals (Demography, Social Forces, International Migration Review, Journal of Marriage and Family, Sociology of Education, Child Development) and a book on immigrants’ wealth in the context of US racial stratification published by the Russell Sage Foundation.

My current project on immigration investigates the impact of skilled immigration on the distribution of specialty fields, salary, and work status among college graduates within cohorts and between cohorts, using data from the National Survey of College Graduates (NSCG 1993 and 2003). My work estimating the impact of skilled immigration policies on salary and employment inequality appears in Journal of Ethnic and Migration Studies (2014) and Population, Space and Place (forthcoming).

My next projects along this line of research will (1) look more deeply into the specialty-field and career trajectories of immigrant vs. native college graduates and investigate how this differential contributes to rising income inequality in the emerging knowledge economy in the US, utilizing the follow-ups of the NSCG samples; (2) conceptualize and analyze how immigration complicates racial/ethnic disparities in employment trajectories and earning profiles over the stage of young adulthood across cohorts born in 1950s, 1960s, and 1970s, using the matched payroll tax data and the Survey of Income and Program Participation; and (3) conceptualize and analyze the relationship between immigration and the emerging labor market institution of contingent labor, taking advantage of the matched employer data and household survey data from the Longitudinal Employer-Household Dynamics (LEHD).

Since my dissertation research I have investigated the effects of welfare policy and private support from kin networks on single mothers’ education, employment, and fertility as well as children’s economic well-being including family income, family wealth, household consumption, child-specific consumption, as well as children’s cognitive and socio-emotional development. This line of research has been funded by a number of NICHD grants and the Russell Sage Foundation Residential Fellowship. My completed work appears in top journals (American Journal of Sociology, Social Forces, Demography, Economic Journal, Social Science Research, Journal of Policy Analysis and Management, Population Research and Policy Review, Sociological Methods and Research).

One of my current project along this line examines how public assistance and private support affected children’s income and housing well-being before, during, and after the Great Recession (2007 - 2009), using multiple panels of the Survey and Income and Program Participation (SIPP). Another project tests the importance of parental education and expectation for children over family income in determining parental spending on individual children, using the Panel Study of Income Dynamics and its Child Supplement data. Two manuscripts are in the pipeline for journal publications.

I am developing a new project to examine the effects of changing social policies, economic structure, and social and legal climates since the civil rights movement on the education, employment, and earning trajectories of men and women from ages 14-17 to ages 29-32 across three cohorts (born 1951-1954, 1962-1965, and 1980-1983). These trajectories will then serve as precursors for prime-age socioeconomic and health outcomes. This project will use data from three surveys of the National Longitudinal Surveys (NLS).

Since 2010 I have extended my research on migration, sociology of education, and public policy to the Chinese society. I have laid a solid foundation for this research expansion by conducting intensive fieldwork at schools and communities in urban and rural China during my sabbatical year and an additional year funded by the Fulbright senior research grant. I have also completed and published research on the unique social stratification factor (household registration or hukou) on rural migration and educational inequality using existing census data and a national survey (Chinese Sociological Review 2012 and Comparative Education Review 2014). Based on the insights from these qualitative fieldwork and quantitative studies, I reformulated western theories to guide my research agenda in China. 1. As the PI of a US NSF grant, I have been collaborating with Renmin University of China to add a focus of “Student Migration and Educational Segregation” to the design and implementation of the China Education Panel Survey: Junior-High Cohort (CEPS:JH). This is a nationally representative survey of 10,279 7th graders and 9,208 9th graders in 438 classrooms of 112 schools. The baseline survey was completed in the 2013-14 academic year and the first follow-up survey of the baseline 7th and 9th graders is being implemented during the 2014-15 academic year. This panel survey will continue to follow the baseline 7th graders annually for 3 years until they transition to senior high. Five questionnaires - student, parent, homeroom teacher, subject teacher, and principal – provide multilevel information on learning opportunities, school processes, and multi-domain adolescent developmental outcomes as well as information on migration history and demographic characteristics of students and parents. The survey also collects student transcript data and assesses students’ cognitive ability levels and growth using standardized curriculum-free tests that we constructed to fit the China situation in collaboration with educational psychology experts.

Using the CEPS:JH baseline data, I am working on a number of papers. Motivated by the evolution of central and local policies pertaining to the compulsory education for children of rural migrants (these migrants formed the largest single migration in the human history) I first laid out the policy evolution and its intended and unintended consequences evidenced from the CEPS:JH in a UNESCO background paper (Hao and Xiao 2014). Under this decade-long policy evolution, I am currently performing a systematic examination on the changing educational opportunities, processes, and outcomes among children of rural migrants, brought along in urban schools or left behind in rural schools, in comparison with their urban and rural “native” student counterparts.

Using the baseline CLDS data, I am currently working on several specific projects. The first is “Spatial and Career Mobility of Rural and Urban Labor Force in China,” which pays particular attention to the impact of rural-to-urban migration on occupational mobility intra- and inter-generationally (Hao and Liang 2014). The second “Intergenerational Transfers between Midlife Parents and Adult Children in China”, a pilot study funded by the Hopkins Population Center, addresses the paradox of intra-vivo transfers from before-retirement parents to adult children despite the greater economic attainment of the younger generation, and how this change in intergeneration transfers affects the health of parent and adult-child generations . The third project “China’s Welfare State in the Making and Social Inequality” examines the role of China’s welfare policies in the rising inequality. I am currently developing a 4-party collaboration - Sociology and School of Public Health at JHU and SYSU – on topics related to the structural and environmental factors linked to occupational injuries and environmental health of China’s labor-force population.

A New Agenda on Demographic Research

My NIH-funded study “Agent-based Modeling of Internal Migration” is the first step in this new research agenda. The project exploits the unique strengths of agent-based modeling (ABM) in macro-micro feedback loops, bounded rationality, and localized, spatially-distributed networks in understanding the causes, processes, and consequences of rural-to-urban migration in China. The study features empirical grounding of computational simulation, calibrating the initial conditions and model parameters as well as validating middle-step to final model outcomes using multiple censuses and nationally representative survey data. This exploratory step will lead to an extension that examines internal and international migration, the transition to low fertility, and the consequences of these demographic trends for societal inequality and development.

Hao, Lingxin and Han Soo Woo. 2012. “Distinct Trajectories in the Transition to Adulthood: Are Children of Immigrants Advantaged?” Child Development 83(5):1623-1639.

Hao, Lingxin and Suet-ling Pong. 2008. “The Role of School in Upward Mobility of Disadvantaged Immigrants’ Children.” The ANNALS of the American Academy of Political and Social Science 620(1):62-89. 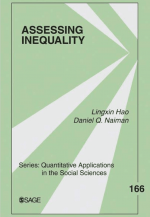 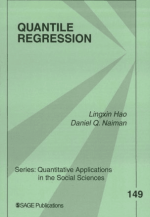 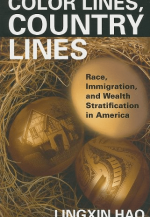 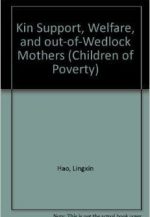