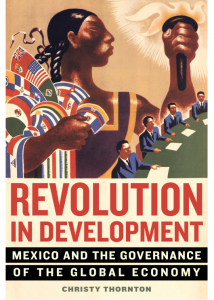 By decentering the United States and Europe in the history of global economic governance, Revolution in Development shows how Mexican economists, diplomats, and politicians fought for more than five decades to reform the rules and institutions of the global capitalist economy. In so doing, the book demonstrates, Mexican officials shaped not only their own domestic economic prospects but also the contours of the project of international development itself.