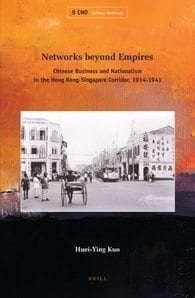 Organization of transnational businesses and nationalist campaigns overlapped with the boundary of Chinese speech-group networks. Embedded in different political-economic contexts, these networks fostered different responses to the decline of the British power, the expansion of the Japanese empire, as well as the contested state building processes in China. Through negotiating with the imperialist powers and Chinese state-builders, Chinese bourgeoisie overseas contributed to the making of an automatic space of diasporic nationalism in the Hong Kong-Singapore corridor.