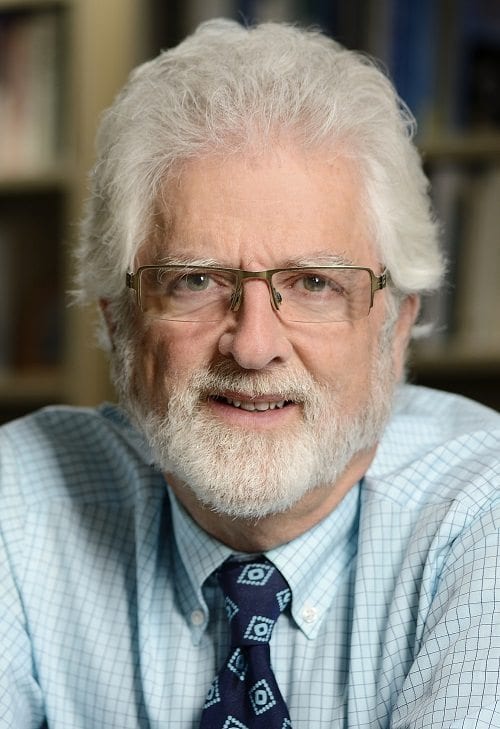 cherlin@jhu.edu
Curriculum Vitae
By Appointment Only

I received my undergraduate degree from Yale University in 1970 and a Ph.D. degree in Sociology from the University of California, Los Angeles, in 1976.  I came to Johns Hopkins as an assistant professor in 1976 and have been here ever since.  I served as President of the Population Association of America in 1999.  In 2003 I received the Distinguished Career Award from the Family Section of the American Sociological Association.  In 2005 I was a Guggenheim Fellow.  In 2009 I received the Irene B. Taeuber Award from the PAA, in recognition of outstanding accomplishments in demographic Research.  I am a member of the American Academy of Arts and Science, the American Academy of Political and Social Sciences, and the National Academy of Sciences.

My research is in the sociology of families and public policy. I have published books and articles on topics such as working-class families, marriage and divorce, children's well-being, intergenerational relations, family policy, and welfare policy.  My most recent book is Labor’s Love Lost: The Rise and Fall of the Working-Class Family in America (New  York: Russell Sage Foundation, 2014).

My previous book is The Marriage-Go-Round: The State of Marriage and the Family Today (New York: Alfred A. Knopf, 2009).

I was also the principal investigator of the "Three-City Study," an interdisciplinary study of low-income children and their caregivers in the post-welfare-reform era. The study’s web site includes downloadable documents that describe the study and a searchable list of publications. The data from all three survey waves of our study are publicly available through the Interuniversity Consortium for Political and Social Research.

I am also the author of a textbook in the sociology of the family, Public and Private Families: An Introduction (Eighth edition, McGraw-Hill, 2017).

Andrew J. Cherlin. 2017. “Introduction to the Special Collection on Separation, Divorce, Repartnering, and Remarriage around the World.” Demographic Research 37: 1275-1296.

Andrew J. Cherlin, Elizabeth Talbert, and Suzumi Yasutake. 2014. "Changing Fertility Regimes and the Transition to Adulthood: Evidence from a Recent Cohort." Paper presented at the annual meeting of the Population Association of America, Boston, May 3, 2014.

Andrew J. Cherlin, Bianca Frogner, David Ribar, and Robert Moffitt. 2009. “Welfare Reform in the mid-2000s: How African-American and Hispanic Families in Three Cities are Faring.” Annals of the American Academy of Political and Social Science 621: 178-201.

You Can’t Separate Money from Culture, The New York Times, May 6, 2018

Marriage Has Become a Trophy, The Atlantic online, March 20, 2018

The Downwardly Mobile for Trump, The New York Times, August 25, 2016

The Working-Class Has Gone Missing, The Washington Post, February 15 ,2015

“For GOP Presidential Candidates, Rules to Love By.”  The Washington Post, December 18, 2011.

“For Many Americans, ‘Marriage Is An Economic Decision,’ Sociologist Says,” All Things Considered, NPR, September 29, 2010.

“The Generation That Can’t Move on Up.” The Wall Street Journal, September 2, 2010 (with Bradford Wilcox)